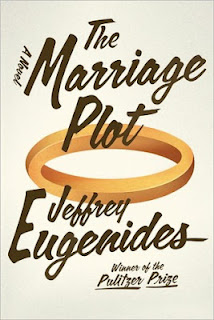 There were so many settings in libraries and uses for libraries in this book that I won’t specify them all here, but also included were: air-conditioned library as salvation from the heat; drinks and conversation in a private (home) library; a college library for student employment; library as place to go and kill time; and yes, even library as a place to study!
Posted by YearofBooks at 12:38 PM 1 comment: 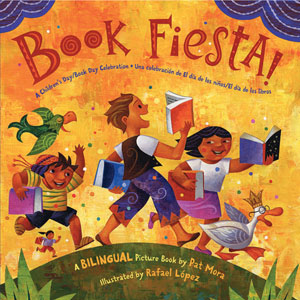 Today is Children's (Book) Day. Sponsored each year on April 30 by the Association for Library Service to Children (ALSC, a division of the American Library Association) Children's Day ("Día") celebrates reading and multicultural children's literature. Although many other countries have been celebrating Children's Day since as early as 1925, it was not recognized in the United States until the 1990s, and even so, is not celebrated widely outside of libraries.

Children's author, Pat Mora, originally proposed linking Children's Day with literacy. Her brightly illustrated book Book Fiesta celebrates children, books, imagination, and reading, in two languages (English and Spanish). Children in the work read to each other in cars, planes, trains and "la biblioteca también" (the library too). This work was the 2010 the winner of the Pura Belpre Award.

Tomás  y la señora de la biblioteca (Tomas and the Library Lady) tells the true story of Tomas Rivera. Rivera grew up in a family of migrant workers and loved listening to his grandfather tell stories. When he discovers the public library his love for books and reading is fostered by the librarian. Eventually earning his Ph.D., Rivera became a leader in education. This is a truly an inspirational story about how librarians can change lives.

Sor Juana Ines was a mystic, nun, and poet who lived in Mexico during the 17th century. In Una biblioteca para Juana: el mundo de Sor Juana Inés, (A Library for Juana: the world of Sor Juana Ines) we learn about young Juana who was so fascinated with books and reading from a very young age, that she followed her sister to school before she was old enough, and told her mother that she wanted to attend the University in Mexico City when she grew up because "alli hay una universidad muy grande que tiene una biblioteca con miles de libros" (there is a great big university there that has a library with thousands of books). Unable to attend the university because only men could study there, she became the personal assistant of the viceroy where she had access to the palace library. Recognizing that becoming a nun was the only way for a woman of her time to continue studying she entered the convent where she built "una de las mas grandes bibliotecas de las Americas" (one of the largest libraries in the Americas). This book is a testament to the love of lifelong  learning.
Posted by YearofBooks at 6:32 AM No comments:

Dance of the Card Catalog

Back in the day, before libraries had online catalogs, we found books by using card catalogs - drawers full on index cards on which books were categorized by subject, title, and author. There are still a few of these relics around (I saw one last week during my "insiders tour" of the Boston Public Library). The folks at Yale University's Sterling Library created this video to show off the rather large card catalog still housed there.

Yale University Card Catalog from Ellen Su on Vimeo.
Posted by YearofBooks at 6:22 AM No comments:

The Beginner's Goodbye - by Anne Tyler

I discovered Anne Tyler's newest book while browsing Maxwell Library' small leisure reading collection. I haven't read all of her books, but since she writes about my hometown (Baltimore, Maryland) I pick up her books when I notice them. This is the story of Aaron, who is left a (relatively young) widower when a tree falls on his home and kills his wife, Dorothy. As he reflects on his life, and marriage, Dorothy starts to visit him, at first in fleeting glimpses, and eventually having conversations with him.

Since the book is about Baltimore, it was no surprise to me that the one library mentioned by name was the (Enoch) Pratt Library. In one of  Dorothy's memories, she recalls the first meal she cooked for Aaron, and realized that she had no idea how to prepare steak, so she "called the Pratt Library's reference section to see how to cook a steak. They suggested grilling or broiling, but [she] didn't own a grill and ...wasn't all that clear about broiling, so they said okay, fry it in a pan...."

Since I lived in Baltimore County, rather than in the City, I didn't go to the Pratt library often. I do remember going to story hour there once or twice when I was very young, and going there to do some research with some old women's magazines when I took my first Women's Studies course at the University of Maryland Baltimore County. It is a great library. I remember a true feeling of reverence using those old bound periodicals.
Posted by YearofBooks at 4:53 PM No comments:

Posted by YearofBooks at 10:51 AM No comments:

Books are Our Friends 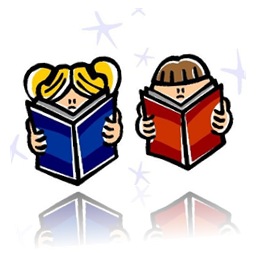 Last Sunday's Boston Globe included a wonderful treatise, "Let Us Now Praise Libraries," by Anthony Doerr. In it, Doerr explores the joy of reading for its own sake. He reminises about visiting the public library every Friday after school, remembering the variety of books he checked out. Some he liked, and some he didn't, but what he reflects on now is "No one ever told [him] no. Not [his mother], not the prim librarians stamping return dates onto slip after slip. No one ever said: This book is outside your age range; this book is too complicated."

My own parents allowed me to select my own reading materials. They never insited on knowing what I checked out from the library, and kept books on drugs, sex, art, and fantasy on the shelves at our home, which my sister, brother, and I could access any time. Occasionally, if they were curious about something we read, they would read it themselves, and then we might talk about it. My husband and I have followed suit with my own daughter. The results: a family who loves to read, and can talk intelligently about what they've read. Would-be censors and book banners are too often afraid of someone thinking differently than they do. By allowing children to read a variety of things, of their own choosing they learn to form their own opinions. Isn't that what a democratic society is supposed to do?
Posted by YearofBooks at 10:14 AM No comments:

A Slipping Down Life-The Movie

I discovered after I read Ann Tyler's novel that a movie based on the book was produced in 1999. Starring Lili Taylor as Evie Decker, A Slipping Down Life doesn't follow the book exactly, but one important element is included - Evie works in the local library. Two scenes take place in the library, which seems to be bigger than one might expect in the small town where she lives. In neither case was the setting integral to the story. They were simply conversations that could have taken place anywhere.
Posted by YearofBooks at 8:20 AM No comments: