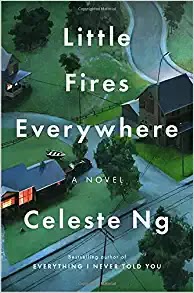 Posted by YearofBooks at 11:10 AM No comments: 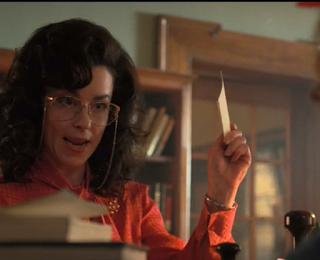 Back in 1984 you couldn't just Google how to take care of a pollywog, or for that matter, shine your iphone's supernatural creature identification app at unknown beings to find out more about them. You had to go to the library. And look things up in books.

"Mr. Henderson, you know the rules. Five at a time." says the unnamed librarian when young Dustin attempts to check out five books, although Miss Librarian Lady knows he already has five books out. Dustin strategically tries to appeal to her sense of discovery, but she will have none of that. Five. At. A. Time. She emphasizes. The whole stereotypical exchange is so hokey we can almost forgive the cliche solution Dustin comes up with when he points to something behind Miss Librarian Lady and gasps "what the hell...", and then runs out with the five books. Does he ever return the stolen books? We may never know.
Posted by YearofBooks at 4:59 PM No comments:

The Pleasure of My Company - by Steve Martin 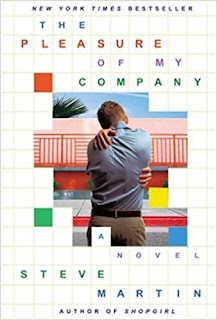 Daniel Pecan Cambridge lives in Santa Monica, but inhabits a rather small world. His myriad phobias, obsessions, and preoccupations prevent him from going very far, or very fast. He knows few people yet somehow manages to become a murder suspect, a hero, and to win the Most Average American essay contest. Most incredible is that he is able to make a road trip to Texas with his therapist. It is during this trip that our protagonist makes an unprecedented stop at a library in order to do some research on investing.

This short book has some wonderful character development.
Posted by YearofBooks at 10:47 AM No comments: 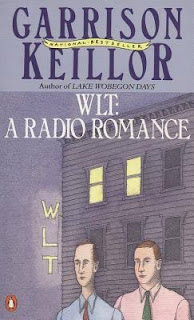 Spanning three decades (seven if you count the epilogue) this novel tells the story of the Soderbjerg Brothers (Ray & Roy) and their radio station. Started in the 1920s, along with a sandwich shop, the brothers built a following of listeners as they produced radio programs from weather and crop reports, to cooking shows, to gospel music, to drama. Listeners became attached to the characters from their favorite serial programs as they remained blissfully unaware of the drama and animosity that sometimes played behind the idyllic stories.

One of those stories was Avis Burnett, Small Town Librarian "starring Marcia Rowles as the ever-patient Avis, the woman who sacrifices her own happiness in the service of others", as well as "recommending good books to the ladies of town and fending off the men..."

WLT refused to hire college graduates, especially not fraternity boys, for fear that a "smutty remark" might be made. Ray specifically imagined a scenario that involved Avis


going to work weekends in a tavern, and Dad Benson of Friendly Neighbor unbuttoning her bodice and drinking sloe gin. "Your breasts are as firm as a tabletop," he would exclaim as thousand of families across Minnesota and Wisconsin leaned forward. "Oh boy! and look at those pert nipples!"

Burnett's was not the only library to make an appearance in a radio play. The Darkest Hour featured a plot line in which a grief-stricken Mrs. Colfax


left a large legacy to the [Johnson Corners] library, which stupid Mr. Hooley dropped in a snowbank the same day her playboy pal Emerson Dupont arrived to fetch her in a long black Packard...and the money was lost, and nothing to do but wait until spring and hope for the best

Brother Ray made semi-annual trips to New York City. Sometimes he went with his wife, Vesta, but "more often, with an Other Woman...With Vesta along, it was all High Purpose: they made the rounds of bookstores and toured the sacred sites (Cooper Union, the Public Library, the Museum of Natural History). But with an O.W. he reclined in bed in gorgeous yellow pajamas and was waited on by the dear thing...

Away from the radio station, there were no rules about who could sleep with whom, but Brother Ray had a firm rule of "No Sex On The Premises...spelled out to every man he hired, even the Rev. Irving James Knox way back in 1927". At the time Knox expressed some indignation that Ray would even suggest that such a rule would have to be expressed to a man of the cloth, but Ray was adamant that Knox understand the mandate that "fornication [be kept] out of the station". Knox, as one might expect, succumbed to his weaknesses with a girl from the typing pool. And Ray opened the floodgates of fornication when he failed to fire the minister after he wept and told Roy "that he was troubled by unnatural sexual urges". WLT went through months of heavy erotic activity which included "John Tippy falling in love with the music librarian, a young pianist named Jeff".

It also turned out that the minister's peccadilloes were many. A file box marked "Knox: Testimony in re Patrimony: SAVE" told the story of a man "besotted with lust". Letters gave evidence of "Offers of private swimming lessons! Invitations to travel!  Invitations to pose for photographs! Hikes in the woods! Rendezvouses in the library stacks!"

The Library as salvation is a theme seen through the story of Francis With (a.k.a. Frank White) and his sister Jodie. Following the gruesome death of their father young Jodie found solace in the school library reading "picture books about the lives of rich people in New York City". Francis went to live with his Aunt Clare and Uncle Art (who worked at WLT) in Minneapolis where he "liked to ride the Como-Xerxes streetcar downtown, spend an hour at the main library, and walk to the Hotel Ogden and hang around WLT...".

Ultimately, young Frank gets a job at WLT. It is noteworthy that his first day on the air finds him giving a PSA during Library Week and "sincerely urging people to please, support their public library".

Brother Roy had an epiphany about radio's place in the history of storytelling after reading Soren Blak's Experience of Innocence. Most important though, about Blak's work was that we learn that he "had taught himself English...by reading John Greenleaf Whitterier, the only English book in the Glomfjord Library".

A cast of quirky characters who use their libraries always makes for a good read.
Posted by YearofBooks at 11:06 AM No comments: