Flow: The Cultural History of Menstruation - by Elissa Stein and Susan Kim 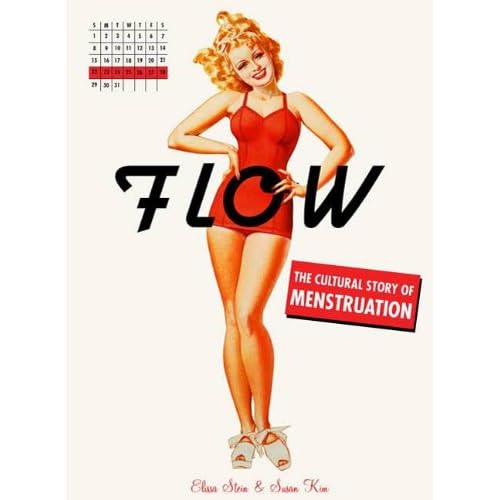 An interesting and quirky book about  the marketing of feminine hygiene products, Flow was actually pretty fun to read. It also made me feel strangely nostalgic as I recognized ads and pamphets from my teens and twenties. Since the book covers almost a century of marketing, women of all ages are likely to see something familiar here. Making the point that men do not have anything like a uterus as part of their anatomy (everything else we can find some kind of similarity with) periods have really not been studied much, which is why so many myths about them persist. The authors acknowlege "the informative staff at the New York City Public Library Picture Collection", as well as Mitch Evans of Ad* Access, at Duke University Libraries. The only mention of libraries within the body of the work, though,  is really the just the idea of a library where the authors say "...what we still don't know about menstruation could fill a small library" (p. 186).This may seem not even worth a blog post, but it has always been my tradition in my previous blogs to include any mention of libraries. I also think that in this case, the way it is used illustrates a kind of importance about libraries in our culture. At a time when rumors abound that libraries are going away, this not insignificant use shows how deeply ingrained libraries are in our culture. The authors could not have used this image if they did not believe that their readers would know what they meant by it.
Posted by YearofBooks at 10:37 AM