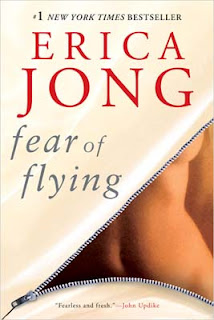 Harry Potter and the Chamber of Secrets - by J.K. Rowling 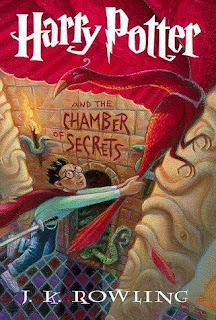 Fans of the Harry Potter series of books know that today, July 31, is Harry's birthday. There remains some question as to exactly how old he is. In honor of this day I re-read book 2 of the series (having blogged about book one last year in honor of Banned Books Week). As in the first book, Harry and his friends use the library quite often to look things up and do their homework despite the fact that their librarian, Madam Pince, is so upsettingly unhelpful. They do manage to get a copy of Moste Potente Potions from the restricted section of the library by outwitting their new Defense Against the Dark Arts Professor, Gilderoy Lockhardt, and succeed in making the Polyjuice Potion which allows them to do a magical form of identity theft.

Truly unsettling about this work though, is the fact that Ron and Harry discover a page ripped from a library book in the hand of petrified Hermione Granger. As if that weren't bad enough, in addition she had actually written on the page! There was no need for this destruction, even in the face of evil. She simply could have checked the book out.

None of this is to say I did not thoroughly enjoy the book. I think this must be the fourth time I've read it. Such a great story.

Happy Birthday Harry!
Posted by YearofBooks at 5:52 AM No comments:

The Perks of Being a Wallflower - by Stephen Chbosky 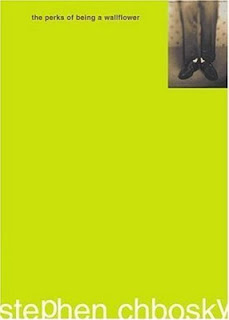 So, a funny thing happened while I was trying to finish this book. I borrowed the book from my daughter, who had borrowed it from a friend at school. But what I discovered when it was my turn to read it was that it actually belonged to her school library, and should have been returned when school let out last month.But since the school and library are now closed, I figured I could just go ahead and read it, and we'd return it in September when the girls went back to school. I got within 25 pages of finishing the book, and then some things came up and I had to put it down, and didn't get a chance to pick it up again until the next day. I brought it in to work figuring I could wrap it up in under 20 minutes. However, sometime between walking in the front door of the library, and getting to my office (a distance of perhaps 5 yards) I set the book down and could not find it again. I had actually had three books with me when I came in, and didn't know where I put any of them. I found one on the counter outside my office, and eventually found a second one on a shelf in my office, but "Perks" continued to elude me. I finally thought to ask the folks at the circulation desk in my library if perhaps I had accidently set it down at the book return.

"Oh, a little green book, from a school library?"
"Yes."
"We didn't know why that was here, so we mailed it back to the school."

Never let it be said that my co-workers are not efficient!

Nevertheless, I was pretty frustrated as I had been so close to the end of the story. But then, one of my colleagues from the Interlibrary loan (ILL) department tells me that someone had just recently requested that book from ILL, and it had just come in, and so another copy of the book was sitting on the "hold" shelf waiting to be picked up. So I seized the opportunity and stood behind the circulation desk and finished reading it before it was too late. Luckily the person who requested the book did not come in during that short window to get her book. So, the good news is, I got to finish the book. The bad news is, that I had marked about a half dozen pages that mentioned libraries, and I lost those markers when the original book went in the mail.So I now must rely on my faulty memory, and I really do not recall much about those references. I do know that when I read some of them I thought that if the story had not taken place twenty years in the past, that some of the trivia-type things the narrator mentioned "looking up" in the library would simply be "Googled" today.

When I was in library school, and we discussed book selection and book banning, one of my professors told us that everyone is offended by something, and libraries should have something to offend everyone. It seems that if every library had this book, it would be sure to go a long way towards assuring that the library had "something to offend everyone".

I found this book to be a sensitively written coming-of-age novel. Written in epistolary style and narrated by 16-year old Charlie, it has believable characters, and a tells a good story.

I am looking forward to seeing the movie which opens this fall.
Posted by YearofBooks at 11:41 AM No comments:

Be sure to check out the new Spiderman movie for a good stereotype of a librarian. Otherwise, a fabulous film. I love Spiderman.

Posted by YearofBooks at 8:08 AM No comments: