Shakespeare Saved My Life: Ten Years in Solitary with the Bard - by Laura Bates 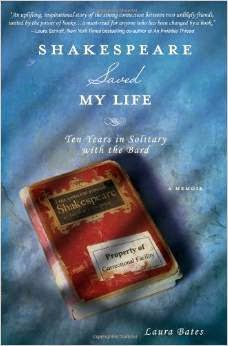 Last week my Facebook feed included a post from a fellow librarian about the Big Library Read - a global book club. Through the Big Library Read e-books are made available for two weeks, with no limit on the number of people who could check them out. I downloaded my copy and joined in.

Dr. Bates' memoir of her time teaching Shakespeare in the SHU (Secured Housing Unit), of the Wabash Valley Correctional Facility in Indiana details her relationship with inmate Larry Newman, who was sent to prison for life as a teenager. Mr. Newman not only excels as a student providing unique insights into Shakespeare's plays, he writes workbooks for other college students to use in order to help them understand the works better themselves.

It is interesting to note that a book that is essentially about reading hardly mentions libraries at all, although I expect the prisoners Bates worked with had no access to one. And the professor only includes one childhood memory of using the library herself


Our final reading assignment was The Tragedy of Macbeth. It's been a special piece of literature for me ever since I first read it at the age of ten. Well, I can't really say that I "read" it at that age, but I did check it out of my elementary school library. And I can still recall the thrill of poring over its archaic words that I knew meant something significant, that I hoped would someday mean something to me. By the time I reached high school, I was able to begin to make meaning out of the language. But it wasn't until I started teaching these plays, in prison, that their meaning would come through: beautifully crafted works of literature written hundreds of years ago that can connect with us here and now.

Sex, Sin, and Blasphemy: A Guide to America's Censorship Wars - by Marjory Heins

Published in 1993, this book is as much a snapshot of the culture wars of the late '80s and early '90s as it is a history of censorship. Heins looks not only at book censorship in schools and libraries but also at the history of the movie rating system, and the Parental Advisory labels on record albums. Questions about what constitutes pornography, and where to draw the line on obscenity are raised. The author also explores censorship in the arts and explains how artists and writers self censor in order to get funding, or, in the case of film, a particular rating. Heins likened government arts funding to "a public library, museum, or municipal theater. These institutions receive tax money for the arts, but it's not expected that every taxpayer will enjoy or appreciate every resulting book or painting or poem or performance".

I was in Library School in the early 1990s. Reading this reminded me about the class discussions we were having at the time. Labeling of materials was something we debated in class, as well we talked about what constituted censorship, as opposed to simply just good (or bad) collection development policy. In discussions about what can be considered "harmful to minors" some of my classmates who were already working in libraries told of parents who wanted to remove all materials that referenced the occult - these might include stories about "Georgie the Ghost". These same issues were brought up in Heins' work


School boards throughout the country have responded to pressures, usually from small groups of fundamentalist parents, to remove works not only because of profane language, but because their subject is unacceptable to someone's idea of religious orthodoxy. Books about the "occult" from simple collections of Halloween tricks to studies of cultural traditions like voodoo, have been purged from school library shelves. Said one Arizona parent who protested a book of Halloween stories, 'Children are drawn in to want more. Before you know it, your adolescent is caught up in Satanism.'

Especially chilling were these words from a Florida school superintendent who argued for "removal of hundreds of books from school classrooms. 'Reading', he explained, 'is where you get ideas from.'
Posted by YearofBooks at 9:02 AM No comments:

Email ThisBlogThis!Share to TwitterShare to FacebookShare to Pinterest
Labels: censorship

The Boston Girl - by Anita Diamant 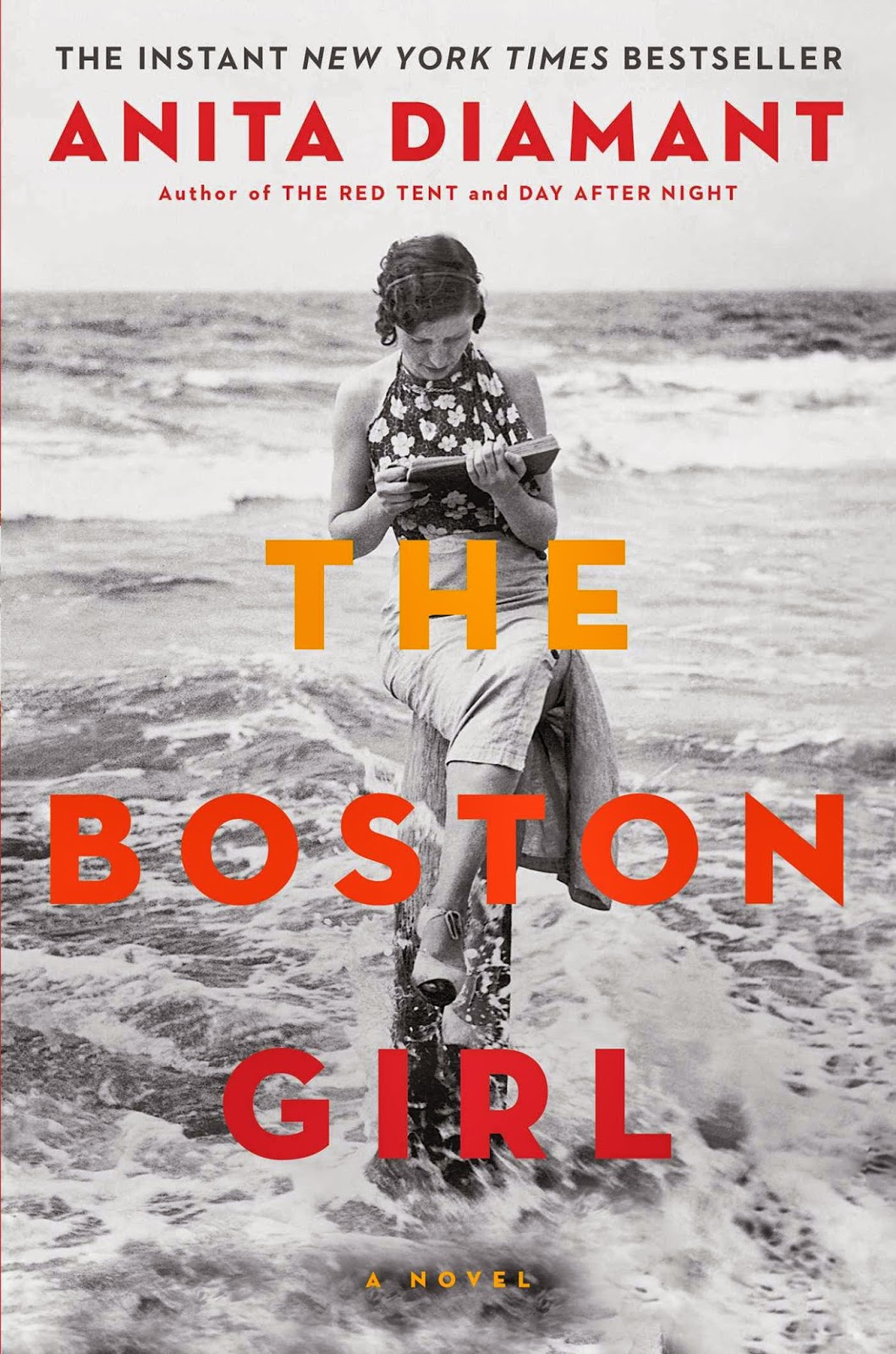 This novel is narrated by 85-year old Addie Baum who is relating the story of her early life in a Boston tenement during the early part of the twentieth century to her college-aged granddaughter, Ava. She tells stories of women who revel in each other's triumphs, and lend a hand in times of crisis. They know there is more to life for them than only being a wife and mother, even as they recognize that these are important and fulfilling parts of their identifies as well as their careers as lawyers, teachers, librarians, newspaper reporters, and social workers.

As a teenager Addie discovered the joy of learning, and went to the library everyday after school. In high school she joined a reading club, and it was there, she tells her granddaughter, that she "started to be [her] own person". Addie has librarian Miss Edith Chevalier as a mentor who recognizes Addie's potential. She encourages her to explore and suggests that she spend a week at Rockport Lodge where she can learn about art and literature with some of the other girls from the book club. When Miss Chevalier learns that Addie cannot afford even the modest amount of money needed to go, she provides her with a job as her assistant. Addie reads the newspaper daily, and truly loves selecting her own reading material.

Addie also tells of how her father used the synagogue library to study with other other Jewish scholars, and to "teach boys to get ready for their bar mitzvahs". And finally she tells of how her husband, Aaron (Ava's grandfather), loved taking his daughters to the  library when they were young

As soon as our girls could sit up, he was wheeling them to the library and taking out books to read them bedtime stories...Aaron was heartbroken when Auntie Sylvia and your mom were old enough to read on their own and "fired" him.

The library is truly seen as "the people's university" in this work - a place where one can go to learn, grow, and take pride.

Posted by YearofBooks at 11:37 AM No comments: