Draft: The Prayer of an Unconventional Family

This essay from Anne Lamott brought tears to my eyes.
Posted by YearofBooks at 5:02 AM No comments:

When Mike Bordwin, Headmaster of Avery Academy in Vermont, is presented with a videotape showing  three members of the school's Varsity basketball team, and one freshman girl having sex, he acts swiftly to keep the tape from going public, in the hopes of handling the situation "internally". His plan falls apart when the girl's parents call the police. Testimony, tells the story of what happened before and after the making of the videotape, and the resulting loss of life, derailed careers, and ruined marriages.  Told from a variety of viewpoints; including those in the tape, their parents, friends, as well as other other members of the school and local communities, some players, like Mike Bordwin, appear again, and again; others, like Daryl a townie who supplied the students with alcohol, only get a chapter or two. One character who we only learn about through others is the basketball coach, who, not surprisingly, is fired after the tape becomes public. Not because he had anything to do with it, but rather because in situations like these, there must be a scapegoat. The story did leave me wondering, once again, why institutions (schools and churches particularly) think they can (or should) handle these crimes on their own.

Libraries are scattered in several places throughout this work - as part of a pastiche making up the town, or school, or as places inside of homes. The most significant role a library plays, however, is as a workplace for Rob Leicht, one of the basketball players seen in the tape. After his expulsion, and loss of scholarship at Brown University, he moves with his mother to a town near Boston, where he gets a part-time job in the library. This is not really seen as any kind of salvation, just a place where he works, and can get books to read in his "generous spare time". It is all portrayed as a bit sad, actually.

Although there is some reflection, there is little in the way of redemption here. It is more a story of people trying to put their broken lives back together with pieces that no longer fit.

Posted by YearofBooks at 11:28 AM No comments: 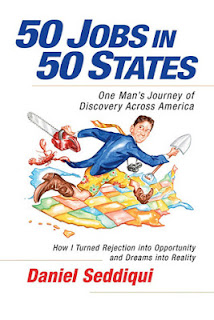 Posted by YearofBooks at 12:23 PM No comments: