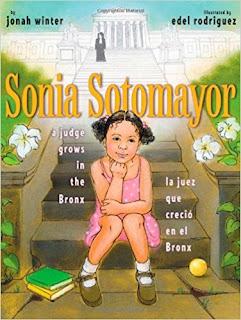 If there is one thing I love more than a "library" book, it's a bilingual library book! Beautifully illustrated by Edel Rodriguez this biography of Supreme Court Justice Sonia Sotomayor recounts her life growing up in the public housing projects of New York, to her acceptance at Princeton University, and on to becoming a federal judge, and ultimately her nomination and confirmation onto the Nation's highest court. The book is written in parallel English and Spanish text, and of course mentions the importance of libraries (twice!) in Sotomayor's journey to the Supreme Court. The Author's Note on the back cover provides some additional information about Sotomayor, including her birthday - June 25, 1954. Since I happened read this book only a few days before her 64th birthday I decided to publish this post to coincide with it. Happy Birthday Sonia!
Posted by YearofBooks at 3:31 AM No comments: 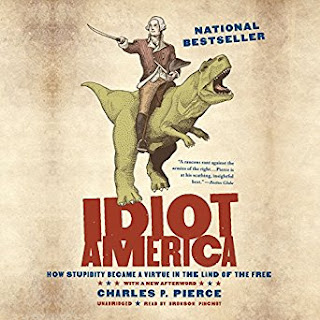 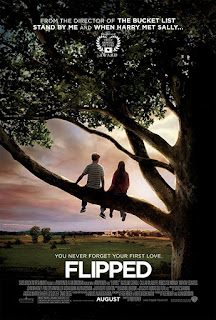 This sweet pre-teen rom-com, set in the 1960s and directed by Rob Reiner features Madeline Carroll is Juli, and Callan McAuliffe as Bryce. Growing up across the street from each other means Juli and Bryce know the good and the bad about each other. The film gives the audience insight into how each experienced the same events, "flipping" the narrative back and forth between the two.

Although not library-centric, there is a pivotal scene which takes place in the school library. A conversation between Bryce and his friends, and overheard by Juli (who was actually eavesdropping) precipitates one of their many rifts. No actual librarians in this one - just books and shelves.
Posted by YearofBooks at 6:37 AM No comments:

Email ThisBlogThis!Share to TwitterShare to FacebookShare to Pinterest
Labels: librarians on film, romance

Love Sugar Magic: A Dash of Trouble - by Anna Meriano

I found out about this brand new book from "A Mighty Girl" on my Facebook feed.When I read that it was about Día de los Muertos (Day of the Dead), and celebrated Mexican, Texan, and American cultures, and had a lesson in the importance of being bilingual I knew I had to read it. What luck that it was sitting on a shelf waiting for me in the Children's Fiction section of the very library where I work.

Leonora Logroño (Leo) is the youngest of five sisters. Her family owns a bakery and as everyone is busy preparing for Leo's favorite holiday, Día de los Muertos, it seems that they are hiding something from her. Maybe she should learn some more Spanish so they wouldn't be able to talk without her understanding. Beyond language abilities, though, Leo is sure that there is something else that everyone in her family knows, and she doesn't. When she discovers that she comes from a family of brujas (witches) Leo decides help her friend Caroline by deciphering a spell using her rudimentary Spanish-language skills and her decidedly untested magic only to find herself getting deeper and deeper into magical trouble as she attempts to undo her botched sorcery.

Of course it wouldn't have a place on my blog if it didn't include at least a mention of those most magical of places - libraries. The first place we find them is with the famous "going to the library" excuse in order to sneak out to do something else. There is also a classroom library, used as a decoy destination so that a note could be passed. Leo and Caroline do like to read though, and Leo wonders, while looking at Caroline's bookshelf, if Caroline might "reopen her lending library" now that she has moved back to Rose Hill.

The novel does also give a bit of a shout out to information literacy when Brent (the unfortunate object of Leo's failed hocus pocus) asks Leo if her "methods" had been "tested and "peer reviewed". Although I had to wonder how many sixth graders would know about the peer review process I had to smile at the passage.

In addition to being an avid reader, my other passion is cooking, so I was especially happy to see that I would be able to make use of this book on my other blog "Una Nueva Receta Cada Semana". I am looking forward to making "Leo's Lucky Pigs" (aka "Piggies", or "Puerquitos"); and "Pan de Muerto Mensajero" (Bread of the Dead) and documenting my experiences later this year.

A book for lovers of Harry Potter, the Spanish language, and baking. Looks like I hit the jackpot!
Posted by YearofBooks at 7:56 AM No comments:

A Tribute to Libraries-In Honor of Father’s Day

I don’t generally do guest posts. I made a special exception for this essay ”What is Father’s Day Anyway” written by my friend Joe Duley. Libraries shouldn’t have to act in loco parentis, but as Joe points out the Library as a safe haven is one of its most important roles.
Posted by YearofBooks at 6:35 AM No comments: