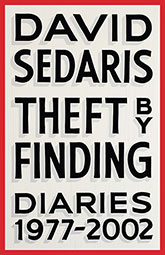 Posted by YearofBooks at 10:21 AM No comments:

Last fall I was on sabbatical. My intention during my time of reflection and scholarship was to research how to teach students to evaluate web resources. However, as the 2016 election season heated up I became concerned, as did many, with the proliferation of fake news and falsehoods being reported (both intentionally and unintentionally) in news sources and social media. And so my research was refocused. Ultimately what I concluded was that people need to read more, and read deeply if they are to become informed, critical thinkers, especially where the news in concerned.

I was excited to learn that the MassHumanities Fall Forum this year would bring together a panel of top-notch journalists to discuss the very topic I have been studying and presenting about during the past year. The panel included documentary filmmaker Charles Ferguson; Managing Editor of The Onion Marne Shure; and Claire Wardle, Strategy and Research Director of First Draft. Moderating this impressive group was Pulitzer Prizer winner Sacha Pfeiffer.

Ms. Wardle opened the discussion by admonishing all (panelists and audience members alike) to abolish the use of the term "fake news". She instead identified three different types of information that have been given this moniker:

Misinformation has no bad intent - perhaps something that is mistakenly reported by news media. Once the news source recognizes the mistake they rectify or clarify with the correct information.

Disinformation is deliberate, intentional spreading of news that is not true.

Malinformation is news that while true, or based in fact should not be disseminated. Examples are leaks, and hate speech.

Ms. Shure followed with commentary about satire, which is assuredly not the same as "fake news". Satire intends to train, not trick. Satire is used to help us see a larger truth through the use of humor. She specifically stated that when one of the stories from The Onion starts going viral as a "true" story it means that the writers have failed at their job. I especially liked what she said about Facebook's labeling of "satire" for stories such as those from The Onion. Labeling removes the burden of the "mental labor" required on the part of readers to identify satire themselves. This is not a good thing. Labeling essentially takes away the reader's agency.

I learned some new terms from the panel that helped me to think more deeply about how news is consumed and disseminated:


Once upon a time we all consumed the same news. Everyone in the neighborhood got the same paper, and watched the news from the same three networks on television. Now, each person can choose what they see, and what they don't see. This makes for a challenging way to run a democracy.

A special thanks to David Leonard, President of the Boston Public Library for the "shout out" to librarians at the end of the program!

More information about the forum and the panelists can be found here.  My husband's insights on the program can be found on his Environmental Geography blog.
Posted by YearofBooks at 1:20 PM No comments: