This Book is Overdue! How Librarians and Cybrarians Can Save us All- by Marilyn Johnson 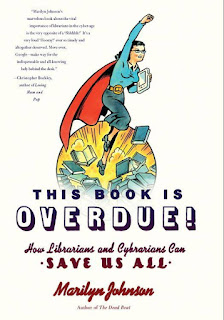 Johnson is not a librarian, but according to her jacket-cover biography she "owns multiple library cards and uses them often." She certainly does a wonderful job of singing the praises of librarians as she travels to where the librarians are to find out what they do and what makes them tick. The copyright on this work is 2010, which doesn't seem that long ago, but reading this made me realize how fast things are changing. Johnson has an entire chapter on Second Life which was all the rage not so long ago, but now has only about a million users. She also has a chapter on librarian bloggers, (which I feel a bit meta blogging about) even as I also realize that blogs aren't exactly cutting edge any more either. But while our heads spin about the speed at which information moves and technology changes, the book also illustrates some things that never change. Johnson asks us to consider this


Did you ever? I mean, did you ever think that being a librarian meant dealing with poop? Talking about it finding little piles of it in the stacks, writing about it on the Web. I certainly never thought that I would have to write about it. In fact, one of the things that appealed to me about this book was the intellectual, cerebral, almost disembodied nature of the subject of librarians in the digital age...I imagined the wired world of information and literature, full of brilliant, helpful, visionary librarians...I didn't want to be sitting in a sticky chair thinking about poop.

I don't think poop was one of the topics we discussed in any of my classes in library school, but I certainly had to deal with it as a librarian at a public library. How someone could mistake the elevator for a restroom I'm not sure, but there you have it.

I am always interested when I find a connection between books. In the case of This Book is Overdue! the connection is with The Library Book. In her chapter entitled "Gotham City" Johnson provides a bit of the history of the planning and construction of the New York Public Library, referring to several of the people mentioned in Fiske's book.

It was lovely to read such a librarian-positive book by someone who is a not a librarian herself.

Posted by YearofBooks at 6:37 AM No comments: 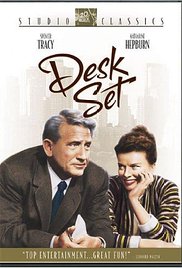 No stereotypes here. These librarians were smart, fetching, stylish, and clearly had off-screen sex lives. Gold stars all around.
Posted by YearofBooks at 5:54 AM No comments: 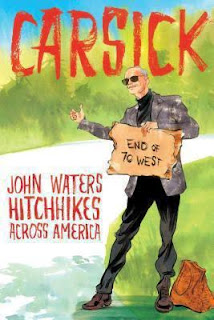 Baltimore, Maryland holds a special place in my heart. It is not only the land of my birth, it is also where I met, fell in love with, and married my husband. If all this weren't enough to make me feel good about the place it also is the home of movie director John Waters. My husband James and I are long-time fans of Waters and enjoyed reading his book about hitchhiking from his home in Baltimore to his home in San Francisco together. The book is divided into three sections. The first is a fantasy  trip called "The Best that Could Happen"; the second a fantasy trip entitled "The Worst the Could Happen"; and the third called "The Real Thing". Fantasy chapters included rides with celebrities, alien abductions, magic farts, and some rather poopy pants. None of this will surprise those who are familiar with Waters' work. The third section was actually the most surprising. It is where Waters cynicism is least evident. He was genuinely grateful for all who picked him up, even if only going a few blocks. He was also touched by the number of straight men he met who spoke lovingly, and affectionately of their wives, and enjoyed the company of all who rode with him.

Of course as much as I enjoy any book, it does not find a place on this blog without at least touching on some aspect of libraries. Waters' book makes the cut for his fantasy chapter "Bernice" in which a renegade librarian who runs her own bookmobile-type service delivers paperback porn (without cover art) to niche collectors. They visit one of her clients, Cash, who lives in a house made entirely out of cover-less paperback smut. (I don't know if such a house actually exists anywhere, but I do know there is a house in Rockport, Massachusetts made entirely out of newspapers).

I marked one other passage in this book for blogging, even though it had nothing to do with libraries. It did, however, have to do with Baltimore nostalgia. Those who have seen John Waters know about his iconic mustache. During his "real" trip, he frets that it is starting to get a little bushy, and compares himself to "Baltimore's longest-running TV weatherman", Bob Turk. It is not just that I remember Bob Turk, in 1975 an eleven-year old me was invited to read a story on-the-air that I wrote for his local Christmas special program. It is one of my best childhood memories.


This was a fun and quick read. Fans of John Waters will not be disappointed.

Posted by YearofBooks at 8:36 AM No comments:

Life, Animated: A Story of Sidekicks, Heroes, and Autism - by Ron Suskind 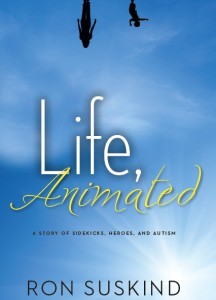 This is the book Bridgewater's One Book One Community steering committee chose for our spring 2016 read. We considered several different books about autism, but ultimately chose Suskind's memoir about his autistic son's love for Disney animated films. I wasn't completely thrilled about the choice, as I get weary of the ubiquitousness of all things Disney, however, once we choose a book I get behind it, and so I read this one, and I have to say I am glad we picked it.

This is the story of Owen, and his family, and how they were initially able to connect with each other watching, and acting out scenes from Disney films together. Ultimately the family discovered that Owen related deeply to the stories and the characters, which allowed him to also start relating to other people. Suskind contextualizes the Disney stuff well, and he is a brilliant storyteller. This is also simply a remarkable story.

Libraries play a rather small role in this work. Twice they are mentioned in passing as part of a longer list of things one expects to find in a school building, along with classrooms, gymnasiums, and the principal's office. However, the DC Public Library is the site of an "incident" complete with a "sotto voce..., bespectacled" librarian who isn't sure what to make of the young boy acting out a scene from the 1994 film The Pagemaster by parting the books and wedging "nearly his whole body in the dark space between the bookcases". Even if I hadn't otherwise enjoyed the book, that scene was worth reading it for. I've added The Pagemaster to my Netflix list. Watch for a review of it soon.

I don't think anyone on our committee knew that a documentary of Owen's story was being made when we selected the book, but I found out it recently opened at the Sundance Film Festival. Another movie I'm looking forward to watching.

Posted by YearofBooks at 12:55 PM No comments: