This Child of Faith - by Sophronia Scott & Tain Gregory 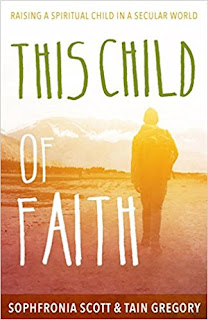 I took on BookRiot's Read-Harder Challenge for 2017. Finding a "book in which a character of color goes on a spiritual journey" did turn out to be a challenge for me, and so Scott & Gregory's book was the last one I read to complete the list. The book was released on December 14, the fifth anniversary of the mass shooting at Sandy Hook elementary school. Gregory was a third grader at Sandy Hook on the day of the shooting and one of his best friends (Ben) was murdered that day. He and his mother (Scott) co-wrote this book about their faith and how it sustained them through the tragedy.

Most of the narrative in this memoir takes place prior to the shooting. It tells how the family sought out a church, found one that fit, and began to get involved in church life. Their faith was firmly held prior to the tragedy.

While libraries don't play a huge role in the story, it is distinctive in that all four types of libraries: academic, school, public, and special (in this case a church library) are mentioned and used by the authors:

There is also this passage which describes reading about libraries, and presents them a safe places

When I was a girl I read the book Escape from Witch Mountain in which a girl named Tia could open any locked door simply by turning the handle. It only worked if it was okay for her to be in there, a right place to be, such as library or church...I was enchanted by the prospect of having such a magical power. But even more so I felt comforted by the idea that safe places would always be open and available.

It would be wonderful if anytime a person needed to be in a library they could find one open and welcoming. We do our best with budget and personnel constraints.

Posted by YearofBooks at 8:47 AM No comments:

Our Bodies, Our Shelves: A Collection of Library Humor - by Roz Warren 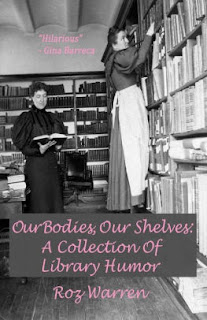 I read a review of this book a few years ago, and wrote it down on my list of potential reading. I decided it would be a good choice for a read aloud with my husband during our Christmas break. I checked it out at my local public library and we did enjoy reading it together, and the short essays were perfect for wrapping up an evening before bed.

Warren's essays are funny, and also highlight some of the issues that librarians struggle with such as censorship, crappy wages, and patron privacy. None of these things is black and white, and there are, of course, fifty shades of grey in between.

Posted by YearofBooks at 7:28 AM 2 comments: