Something Wicked this Way Comes - by Ray Bradbury

Earlier this month I posted about the movie Something Wicked this Way Comes and I mentioned that I had not read the book, so I needed to rectify that situation. I had the same trouble following the book as I did the movie, although I followed enough to know that there were some plot points that were changed when the story went from page to screen. However, the important thing remained. One of the main characters, Charles Holloway, is the town librarian, and he helps to save the town from evil (but isn't that what all librarians do?). The library is truly described as a magical place


Out in the world, not much happened. But here in the special night, a land bricked with paper and leather, anything might happen, always did. Listen! and you heard ten thousand people screaming so high only dogs feathered their ears. A million folk ran toting cannons, sharpening guillotines; Chines, four abreast, marched on forever.

What is also clear in the book, is that Mr. Halloway met his wife in the library. As he tells it to his son, Will


I looked up from my great self-wrestling match one night when your mother came to the library for a book and got me instead. And I saw then and there you take a man half-bad and a woman half-bad and put their two good halves together and you got one human all good to share between.

The library also becomes is a hiding place for Will and his friend Jim. And Mr. Halloway actually uses it the old-fashioned way - to do research. He tells the two boys he knows something evil is afoot and that he is going to
"check police records on carnivals, newspaper files at the library, books, old folios, everything that might fit..." in order to come up with a plan to foil the plans of the wicked ones.

When the boys return to the library to find out the plan Will is afraid to go in, and his young mind invents some wild scenarios about what might happen


'The library' said Will 'I'm afraid of it, now' All the books he thought, perched there, hundreds of years old, peeling skin, leaning on each other like ten million vultures. Walk along the dark stacks and all the gold titles shine their eyes at you. Between old carnival, old library and his own father everything old...well...
'I know Dad's in there, but is it Dad? I mean, what if they came, changed him, made him bad, promised him something they can't give but he thinks they can, and we go in there and some day fifty years from now someone opens a book in there an you and me drop out, like two dry moth wings on the floor, Jim, someone pressed and hid us between pages, and no one ever guessed where we went-'

A lot of the action takes place in the library, and some of it is scary, but ultimately the librarian understands what is happening and what needs to be done.

A story about the evil in all of us.
Posted by YearofBooks at 11:47 AM No comments:

Read My Lips - by Debby Herbenick and Vanessa Schick

The subtitle of this is "The Complete Guide to the Vulva and Vagina." I must say it is rather complete. Readers will find chapters (among others) on arousal; sex toys; birth control; masturbation; menstruation; vaginal health; ideas for vagina and vulva arts & crafts; and information on vagina and vulva maintenance which includes my favorite topic (NOT) - pubic hair shaving. When did this become a thing? I keep seeing articles about it on my FaceBook feed always with the authors explaining their choice to shave or not, as if there is some sort of major policy debate we have to have on this issue. Shave or don't - your partner will just be happy to see you naked.

Anyway, I did learn a lot from reading this comprehensive work. One thing I learned is that viewing Playboy, and similar magazines, is where many young women will find their first images of vulvas other than their own, and these "...may misinform women and men about what's 'normal' for women in terms of their genitals. Because people want to feel normal this is important." But what about women who find images elsewhere, for instance those who "seek out anatomy textbooks in their local libraries." The authors point out that this is not the norm.


Given how private people feel about genitals (some people call them "privates"), it is less likely that people are openly seeking out these images when they have access to a plethora of vulva images on their home computer.

They are probably right in this regard. I should, therefore, point out that librarians are trained to use the utmost discretion when assisting people with their research, and also to respect their privacy. This is actually federal law. Unfortunately, this was the one and only mention of libraries in Herbenick and Schick's book. Sigh.
Posted by YearofBooks at 10:35 AM No comments:

Something Wicked this Way Comes - the movie 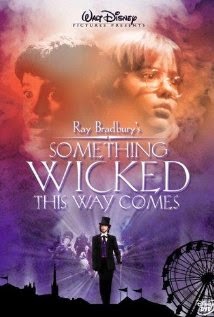 I saw this on a list of "library movies". I was worried that it would be scary, and watched it before it got dark out. Then I found out it was a Disney flick. Made in 1983 James pointed out a couple of things that were rather Back-to-the Future-y (1985) especially with regard to time travel and lightning bolts. Neither one of us really understood what was going on in this adaptation of Ray Bradbury's novel (which I have not read). However, we did ultimately get this important message from the film: the town librarian (Jason Robards) saved the day!
Posted by YearofBooks at 5:49 AM No comments: 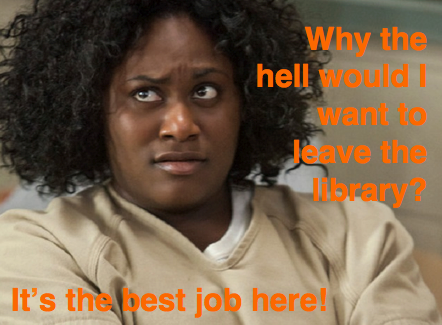 Stay tuned for more posts from the "Song of Ice and Fire" Series. Just don't hold your breath.
Posted by YearofBooks at 11:40 AM No comments:

A Conspiracy of Dunces

This map demonstrates how little Americans read compared to those in other countries. Less than one hour a day on average, and that averages in avid readers like my husband and I who tend to read several hours a day - and almost none of that is reading text messages. We read books, newspapers, and magazines. I would read even more if I could, but it appears that there is a conspiracy to keep me watching television. Too often I find myself with a block of time in which I might be able to read, and would actually like to read, but find it difficult to find a spot away from a television (generally tuned to either a so-called "news" show, or daytime talk show) in which I can read in peace. Television sets seem to have proliferated especially in doctor's offices; airport waiting lounges; jury waiting rooms; and regrettably, almost every flat surface at the University where I work. Fortunately the Library is still a tv-free zone, although I recognize that anyone can turn any of our computers into a television if they want. They would have to borrow head phones though, allowing those who still wish to pursue scholarship through reading to do so. I was pleased to discover that my daughter's pediatrician's waiting room eschewed the television set when they moved the office. I always found it ironic that some inane show that we wouldn't ever watch at home was playing every time we went to the doctor's office, and then the doctor would be sure to ask us how much television she watched! I did point this irony out to the pediatrician.
Posted by YearofBooks at 11:58 AM No comments: 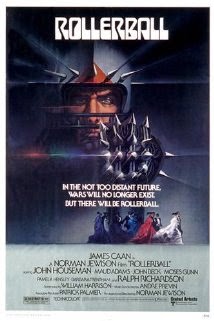 I saw this on at least two different lists of librarians on film. The library scene is brief, and the library worker readily admits that she is not a librarian, but rather a clerk. In this dystopian future the job of the actual librarians, who are off somewhere else, is to "edit" knowledge. The main character Jonathan E. (James Caan) comes to the library looking to do some research on how corporate decisions are made. He gets an unsatisfactory answer from the pretty, and polite, library clerk. He later asks the same question to a really big computer who provides the answer that corporations make corporate decisions.

Posted by YearofBooks at 11:52 AM No comments: