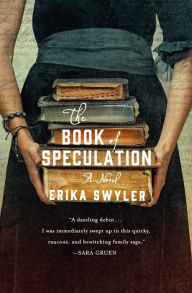 
Posted by YearofBooks at 12:19 PM No comments:

The Library Window - by Margaret Oliphant 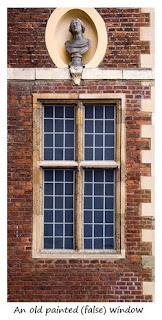 Reading is cyclical. I had barely just started reading The Meaning of the Library: A Cultural History, edited by Alice Crawford, when I found out about this story (mentioned on pg. xv of the Introduction) written in 1896. A library ghost story, this is a metaphor for all the mysteries in libraries, those solved as well as those yet to be discovered. Is there a false window in the Library, or is it a view into another world? The entire story is embedded below. A synopsis can be found here.

Posted by YearofBooks at 10:35 AM No comments:

Books: A Memoir - by Larry McMurtry 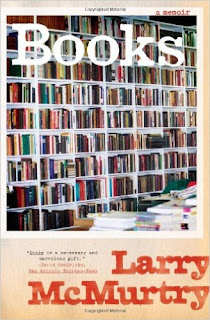 I think this may be the first McMurtry book I've read, although I know I've seen movies based on some of his books (e.g. The Last Picture Show; Terms of Endearment; Lonesome Dove). I doubt this book will be made into a movie though. It really is simply a recollection of his days as a book buyer and seller. Most of the libraries he mentions are personal libraries, although public, school and university libraries, as well as the Library of Congress come into play also.

The beginning of the book was the most interesting part to me, in which McMurtry describes the bookless house of his childhood. He knew how to read at a young age, but cannot understand how he learned. He also describes the life-changing gift of 19 books he received from a cousin who was going off to war.  The author relates that while he was growing up there was no public library in his town (Archer City, Texas) and that he helped to start one decades later. He also stole books from his high school library. Everyone knew it, and the books were eventually "stolen" back from him.

McMurtry describes specialized collections, and eccentric collectors and why they liked what they liked, and tells of a book dealer in Baltimore [my hometown] "who believed in making all book repairs with duct tape." Of Baltimore he also has this to say "if pickings were slim, we could always console ourselves with a few first-rate crab cakes from one or another of the area's many restaurants." If my readers gain nothing else from reading this blog please know this: you have not had a crab cake unless you have eaten one in Maryland. Once you have a real lump-meat crab cake you will never go back to the crumb-and-cracker-filled soggy messes that pass as crab cakes elsewhere.

When I wrote my post about Erica Jong's Fear of Flying I explained the near-miss of thinking I was going to blog about my first "library dream", but alas I discovered that the Low Library was no longer functioning as a library. McMurtry came through in his memoir to provide this "first" instead. He describes his recurring "book dreams" sometimes as in a bookshop, or

McMurtry laments changes he sees in public libraries with books being pushed out to make way for more computers. He says


in many cases not even the librarians want books to be there. What consumers want now is information, and information increasingly comes from computers...But they don't really do what books do, and why should they usurp the chief function of a public library, which is to provide readers's access to books? Books can accommodate the proximity of computers but it doesn't seem to work the other way around. Computers now literally drive out books from the place that should, by definition, be books' own home: the library.

I understand his grief, but I also understand that libraries, like all things, must evolve or go extinct.

If I were to write a book memoir I would start with the book The Happy Egg by Ruth Krauss a book I ordered from the Scholastic books order form when I was four or five years old. I did not know how to read, but I loved being read to, and I asked my parents to read this book to me so often that I memorized it. I remember then, proudly "reading" it aloud to my father. I also remember in second grade ordering a book about dinosaurs from the Scholastic books order form. When the books arrived in my classroom we were called up one at a time to claim our order. A boy in my class had also ordered the same dinosaur book and when the teacher called his name and gave him the book she remarked that it was a "good book for a boy". Everyone then laughed when I went to retrieve my book. I wish I could just chalk this anecdote up to "stupid things people did in the '70s", but frankly I think the gender-ing of toys and books has only gotten worse.

Perhaps I will write a book memoir. It seems like a good project for 2016.
Posted by YearofBooks at 8:33 AM No comments: