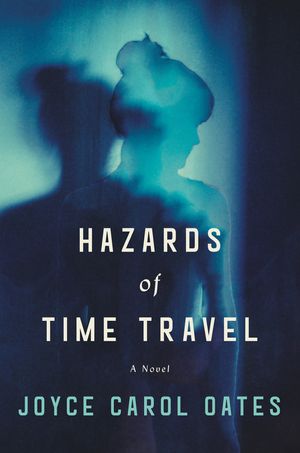 In a dystopian future, class valedictorian Adriane Strohl  is arrested for treason and "questioning authority" on the eve of her high school graduation. She is sentenced to live in Zone Nine - 1959 Wainscotia, Wisconsin - as university student Mary Ellen Enright at Wainscotia State University for four years.

Adriane's brother Roddy works in the Media Dissemination Bureau "an old brownstone building formerly the Pennsboro Public Library, in the days when 'books' existed to be held in the hand-and read!" Not only have old libraries been repurposed, the information they held has been destroyed.


The old, "outdated" (that is "unpatriotic") history books had all been destroyed, my father said. Hunted down in the most remote outposts-obscure rural libraries in the Dakotas, below-ground stacks in great university libraries, microfilm in what had been the Library of Congress. "Outdated"/"unpatriotic" information was deleted from all computers and from all accessible memory-only reconstituted history and information were allowed...

There are some contradictory passages in the book as to whether public libraries in the Reconstituted North American States exist. Adriane specifically says that "there were no longer 'libraries' in NAS-23" but also indicates in a previous passage that she was able to take out books from the public library marked "YA" (for young adults). YA books "had to be approved by the Youth Entertainment Board, and were really suitable for grade school." She was unable to take out books labeled "A" for adults. The books were actually eBooks and all had to be approved by the Homeland Security Information Bureau.

Adriane, ironically, however, finds herself working in a real library once she is sent back in time. As a "thrifty" scholarship girl "Mary Ellen" has a job at the university's geology library. And she is awestruck at the main university library


a vast brownstone building of numerous floors descending even into the earth, filled with row upon row of "stacks" containing "books" to be touched, and opened, by hand. And in reading rooms, high ceilings, myriad lights, and polished floors - and students!

"Mary Ellen" does some research on her professor (and fellow exile) Ira Wolfman in the college library by searching the "long clumsy drawers, under the heading PSYCHOLOGY, 20TH Century".

She spends much time in the university library and wondered at all the information that was not restricted by the government. She remarks on this "freedom" while also recognizing the irony that Zone Nine "did not feel like freedom".

With shades of Marge Piercy's Woman on the Edge of Time and Thornton Wilder's Our Town this thriller leaves the reader with a lot of questions about what is real, what we know, and what we believe.
Posted by YearofBooks at 12:14 PM No comments: