The Dutch House - by Ann Patchett 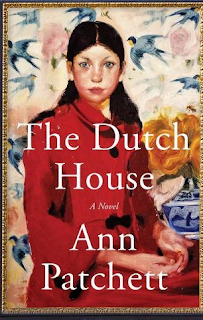 Danny and Maeve live with their father, wicked stepmother (Andrea), and two stepsisters in a grand home in Elkins Park, Pennsylvania. When their father dies Andrea tells Maeve (a recent college graduate) that she and Danny are no longer welcome in the house and that Danny (still in high school) is now Maeve's responsibility. Left with little of their father's estate the siblings conspire to make the most of a trust fund marked specifically for their education.
The house itself had a library (of course what grand house wouldn't?). The house was also mistaken for a library the first time Danny and Maeve's mother saw it. It had been purchased for her by their father as a surprise and despite that fact that it both had a library and looked like one, she had never liked it.
Danny and Maeve each make use of libraries. Danny describes reading library books on self-hypnosis as a child, and as and adult he researched property taxes and building prices in areas where he wanted to purchase real estate. For her part Maeve took advantage of the programming at the Philadelphia Free Library.
The story is told from Danny's point of view, but Maeve's story is very much a part of his. Maeve is a rare person who recognizes that a good life can be lived without having to constantly chase the next big promotion. She has a job she likes, and lives in a comfortable home and refuses to allow others to tell her to get a better job, or a bigger house. My father used to ask me when I was going to become a library director. Each time I would tell him that my position as a tenured university librarian was a better deal. Of course I could make more money as a director, but I wouldn't have the autonomy to decide what kind of research I wanted to do, or academic freedom to teach how I wanted to teach. My vacation time is generous and even without the big administrative bucks my husband and I managed to own our own home, send our child to private school, and to travel pretty much where ever we want, provided we are not living in a pandemic-ridden dystopia, of course.
Posted by YearofBooks at 8:30 AM No comments: 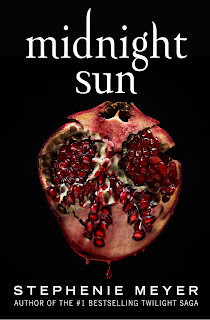 The newest book in the Meyer's "Twilight" series is a retelling of the first book from Edward Cullen's point of view. I remember liking the Twilight series when I first read them over a decade ago. I especially liked the first book in the series, but I found this one tedious. It took me a while to get through it. I probably would have just put it down and forgotten about it, if I hadn't come across this little gem of a conversation between Edward and Bella before I got to the halfway point. (Edward is asking Bella a series questions about herself in order to get to know her better.)

"What's your favorite place to spend time?"
"The library." She grinned. "If I hadn't already outed myself as a huge nerd, I guess that makes it obvious. I feel like I've read every fiction book in the little branch near me. The first place I went when I got my license was the central library downtown. I would live there."

I expect Twihards will find this work more interesting than I did. One of the reviews I read said that it tied up some loose ends, but as a casual fan I didn't really notice anything new.
Posted by YearofBooks at 7:59 AM No comments: 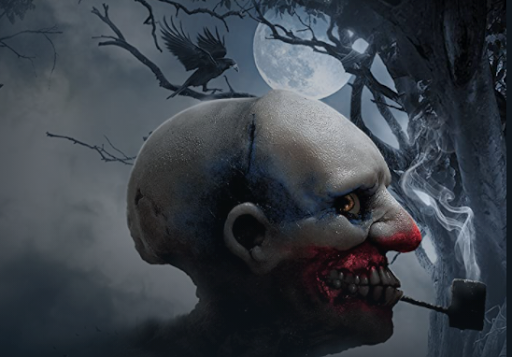 The American Library Association's Office of Intellectual Freedom hosted a Scary Stories watch party on Friday night in honor of Banned Books Week. Not to be confused with the movie Scary Stories to Tell in the Dark which was based on the books, Scary Stories is a documentary about the series, and its censors.

Coming in at number 24 on the list of the Top 100 Most Banned Books of the decade (2010-2019) Alvin Schwartz's series of books was especially popular when it was first published in the 1980s and early 1990s. It was also a popular target of the censors who believed the books were too scary for young readers. The Satanic Panic  of the 1980s and early 90s, based on false accounts of ritualistic abuse, no doubt was a big part of what made this series a mark for book banners.

The books had a real cult following. For those who loved the books the illustrations by Stephen Gammell were an important part of the "Scary Stories" experience, they were also part of the package that made the books so objectionable to their censors.

As one who researches book banning I have always been intrigued by these books. As a baby boomer I had already outgrown this series by the time of its heyday so it wasn't a touchstone for me the way it was for late Gen Xers or Millennials. I remember buying a copy of the first of the series out of curiosity perhaps about 20 years ago. After I read a few stories I put it down and didn't finish it. I didn't find the tales from my own childhood - old urban legends and ghost stories told at campouts and sleepovers - to be especially scary or interesting to the adult me. However, the fact that I remember them being told to me as a child makes banning the books especially ironic. These stories have a long oral tradition and will be told, with or without the books, for a long time to come. I think this also speaks to the question of age appropriateness. We told the stories because we wanted to be scared, it was a form of entertainment for us. The stories are not too scary for children. Children are in fact exactly the right audience for them.

Posted by YearofBooks at 1:26 PM No comments: