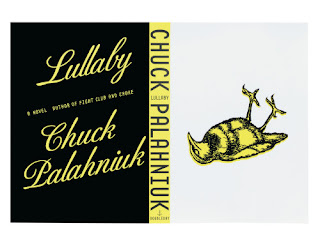 This is one of the quirkiest, and darkest, satires I have ever read. It is the story of realtor Helen Hoover Boyle, and journalist Carl Streator. They share the tragic bond of having lost their only children to SIDS (Sudden Infant Death Syndrome). Each has also discovered that they had read the same lullaby to their children the night before they were discovered dead. The song is found on page 27 of a book called Poems and Rhymes from Around the World. This particular lullaby is called a "culling song" and is sung to create a painless death for the sick and weak. Both Boyle and Streator have also made the connection between this book and dozens of other cases of SIDS. Concerned, as book banners so often are, that the book might fall into the wrong hands, the two go on a cross-country quest to find all copies of the book in libraries and used bookstores and remove page 27. The pair worry that others might make the connection and that a plague of words could result. What is particularly ironic is that Streator finds that he himself cannot control his urges with regards to the poem. Whenever confronted with the slightest annoyance from another human being the song plays in his head and the person falls down dead.

The commentary on the "danger" of information and its dissemination is not subtle. Carl Streator imagines a dystopian world in which the culling song has leaked out and variations created

The kind of security they have now at airports, imagine that kind of crackdown at all libraries, schools, theaters, bookstores...Anywhere information might be disseminated, you'll find armed guards.

The airwaves will be as empty as a public swimming pool during a polio scare. After that only a few government broadcasts will air, Only well-scrubbed news and music. After that, any music, books, and movies will be tested on lab animals or volunteer convicts before release to the public.


He imagines everyone with earphones to block out any "unsafe" songs, and government approval of all information.

At least one librarian falls victim to the culling song - for refusing to "break the rules" and tell Helen and Carl who has checked out Poems and Rhymes from Around the World. We don't know much about this hero, except that he refused a bribe in order to protect the privacy of his patron.  It is too bad he had to pay with his life. Probably it's best in such circumstances to call in someone whose pay grade is more in line with taking such risks.

There are a lot of bizarre twists in this one, and a variety of unsavory characters, including a smarmy necrophiliac. Some might see this a just a rather sick story, but this librarian found it to be rather thought-provoking. When and where do we draw the line between censorship and protection? Who get's to make the decision?

Posted by YearofBooks at 5:52 AM No comments: 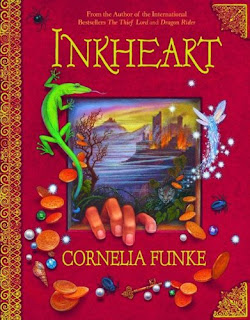 Truly escape reading. I found this on a list of 19 Books to Read if You Loved the Harry Potter Series.
Posted by YearofBooks at 7:18 AM No comments: