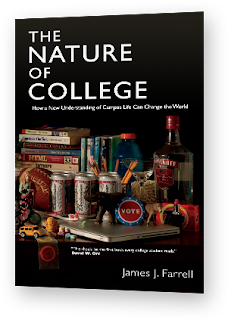 Farrell's book mentions libraries a few times, generally as part of a list of places a student might go. They are not specifically analyzed in terms of what resources they use, or help conserve, however.
Posted by YearofBooks at 12:23 PM