The Testaments - by Margaret Atwood 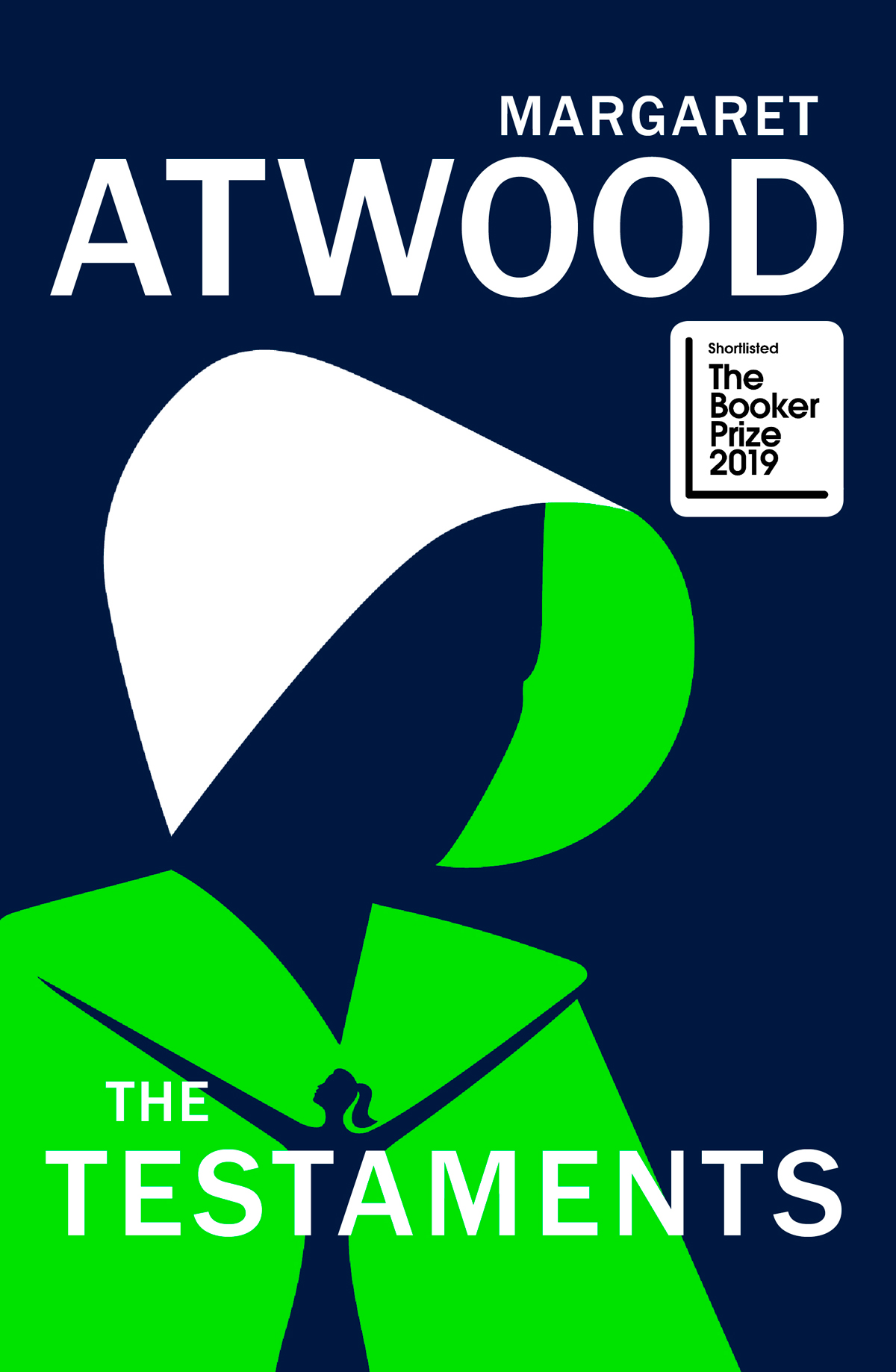 Among Harry Potter fans there is a stretch of time known as the three-year-summer - the period between July 2000 and June 2003. It references the spacing between the fourth and fifth books in the series. It was a difficult time for us to be sure, but it was nothing compared to the 35-year wait Atwood fans endured for this sequel to The Handmaid's Tale.

This was well worth the wait. While not a continuation of Offred's story we do discover what happened to her and the baby she was carrying. Instead this is a novel in three voices.

The first is Aunt Lydia by way of the Ardua Hall Holograph, a clandestine memoir, secretly written, a la Winston Smith in George Orwell's 1984. The difference here is that Aunt Lydia is less likely to be discovered by the cameras because, as she tells us "I know where they are, having placed them myself". The other two voices are those of Agnes Jemima a young woman who grew up in Gilead; and Daisy, who grew up in Canada where she learned about Gilead through her parents and her lessons at school. Both of these young women have several different aliases.

Aunt Lydia lives in Ardua Hall, along with all the other aunts in the city. Each evening she heads to her "private sanctum" in the Hildegard library "one of the few libraries remaining after the enthusiastic book-burnings that have been going on..." The Ardua Hall library has different rooms with different levels of access. Aunt Lydia has access to all - the General section where new supplicants learn to read; the Reading room "where the Bibles brood in the darkness of their locked boxes, glowing with arcane energy"; and the Bloodlines Genealogical Archives with their classified files. Aunt Lydia knows that knowledge is power, something that clearly the Commanders of Gilead are also quite aware, otherwise they would have no reason to deny the ability to read to women. Even some of the Aunts believe that reading can be too dangerous. The residents of Ardua Hall know all too well the story of poor Aunt Lily who neither wanted to marry nor stay in Ardua Hall instead "she wanted to live on her own and work on a farm. Aunt Elizabeth and Aunt Vidala said this was what came of reading too early...before her mind was strengthened enough to reject [the wrong ideas] and there were a lot of questionable books that should be destroyed".

Daisy and Aunt Lydia both describe visiting their school libraries as a children, and both tell of a specific book they remember from their respective school libraries. Contrary to the experiences of Aunt Lydia and Daisy, going to a library is privilege that Agnes Jemima never had. Her experiences in a library (a word she never even heard as a child) would come later in her life. When she does enter a library for the first time she is overwhelmed


It's hard to describe the feeling this gave me. The first time I passed through its doors, I felt as if a golden key had been given to me - a key that would unlock one secret door after another, revealing to me the riches that lay within.

Eventually, Agnes does some work in the Hildegard library, as does her friend Becka (aka Aunt Immortell). Agnes' job is to make "fair copies of Aunt Lydia's speeches". It is through working on this task that she discovers some disturbing information about her family. Someone who knows that knowledge is power begins slipping files with classified information in between the files of speeches to be copied.

We don't know much about what Becka's job in the library is, except that she sometimes has "night duty" there. Aunt Lydia does mention that there is a "night librarian" on duty whom she greets on the way to her sanctum.

Aunt Lydia uses the library as a cover on behalf of two residents of Ardua Hall when it is discovered that they are not at lunch. Aunt Lydia knows their whereabouts but instead tells the others "I believe they are fasting...I glimpsed them in the Hildegard Library yesterday, studying their Bibles".

Reading and writing are forbidden for women and girls in Gilead, with the exception of the Aunts. Books were apparently their consolation prize for not being able to have husband or babies. As Agnes Jemima tells us "the Aunts were not married; they were not allowed to be. That was why they could have writing and books". I've thought about this passage a lot as a person who loves reading and writing and who is also a woman who has had a husband for 33 years. For me the choice of family or literacy seems a particularly grim game of  "Would you rather..." If I had never fallen in love with my husband in the first place the answer would be clear, but given the choice of leaving my husband or keeping my privilege of literacy what would I do?

Of course the Aunts don't really make this choice. They don't leave their husbands, they never had them to begin with.  They have their books and writing, and they have each other for company. Although Aunt Lydia doesn't have close friends among the other Aunts, she understands that she needs their companionship. As she discovered when placed in solitary confinement prior to facing her own Hobson's Choice of Aunt-hood or death "One person alone is not a full person: we exist in relation to others. I was one person: I risked becoming no person".

Across from Ardua Hall, the Eyes also have headquarters in what used to be a library. Aunt Lydia tells us that "It now shelters no books but their (the Eyes) own, the original contents having been burned or, if valuable, added to the private collections of various sticky-fingered Commanders."

As with The Handmaid's Tale, The Testaments ends with an epilogue in the form of an academic conference. Here we read the transcripts of The Thirteenth Symposium of Gileadean Studies, International Historical Association Convention, Passamaquoddy, Maine, June 29-30, 2197. The keynote speaker is Professor James Darcy Pieixoto who immediately, condescendingly, points out that the Chair of the Symposium, Professor Maryanne Crescent Moon, would never have had that position in Gilead, and  that in fact "women are usurping leadership positions to...a terrifying extent".

As in The Handmaid's Tale Pieixoto is the only male narrator, and similar to his comments in that novel, he begins by questioning the authenticity of the recently discovered holograph, and the two witness testimonies (discovered in the library of the Innu University in Sheshatshiu, Labrador), but ultimately, charitably suggests "why not take them at their word?" The testimonies were discovered by a graduate student, a woman - Mia Smith, who shared them with her professor, who of course first questioned their authenticity. Once a team of graduate students followed the route described in the transcripts, and validated certain details Peixioto ready to take on the work of doing the seminal research on them - talk about a usurper.

Email ThisBlogThis!Share to TwitterShare to FacebookShare to Pinterest
Labels: audiobook, dystopia, e-books, I was at the library, science fiction, women