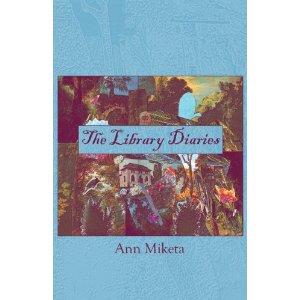 This book has received a lot of buzz in Libraryland. Author Miketa (aka Sally Stern) lost her job as a library assistant at the Mason County District Library following its publication. The "tell all" book about the residents of Ludington, Michigan, does paint a rather nasty picture of the town and its residents. According to this article from the Detroit News, the book humiliated the town, and put the library "in the awkward sport of explaining why it fired someone for writing a book." The author published it as fiction, but residents of the town say otherwise. The book has no storyline or plot, rather it is a series of essays, each one disparaging a different person or family. I have to say I agree with the Amazon reviewer who said of the book:


Excruciatingly badly written prose plus very mean-spirited accounts of patrons and ultimately bad taste all around. This book is a blight on the profession (library science). I liked the cover.

Miketa disrespects the mentally ill, anyone with a religious viewpoint, those who cannot afford to eat or live as well as she can, as well as just about everyone else she can think of. If I were to write a description of Miketa using her own stlye it might look something like this:

Dear readers, Miketa thinks she can write, you know the type, a holier-than-thou, psuedo intellectual, who actually can't come up with enough metaphors to fill her short 142-page book. She writes 'their combined IQ might be 100' to describe at least three (possibly four) families who don't meet her intellectual expectations, and "a frog peering through ice" on two occasions to describe men who use glasses. Miketa also claims to be able to predict the future, and apparently, can tell just by looking at a child whether he or she will grow up to be a criminal. Additionally, she can tell within 10 minutes of looking at a group of people which ones are perverts. Well, librarians are said to have super powers, after all.

The book is poorly edited, and contains grammatical errors as well.

I have been blogging about books for about 3 years, and it is very rare that I will come out and say I didn't like one. This is one of those rare exceptions. I think it may be my least favorite book of all time.
Posted by YearofBooks at 7:59 AM