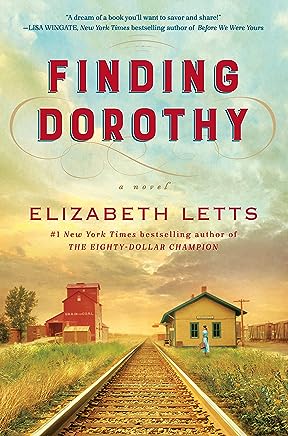 When I was very young everyone I knew enthusiastically anticipated the annual airing of The Wizard of Oz on network television. When our family finally got a color television set in the mid '70s I was stunned to discover that the Wizard  was filmed in black and white. My mother assured me that the color scenes were coming. It seems that the tradition of the yearly national viewing ended in 1980, around the time that the VHS tape became popular. Once anyone could record or purchase the movie to watch whenever they wanted the ritual viewing was relegated to nostalgia. As for me, I purchased the 50th anniversary edition of the tape in 1989, after I'd seen the movie perhaps 20 times. It came with some extra footage including deleted scenes, and a Wizard-themed commercial for Downy fabric softener. It also had a little booklet with trivia and other information about the filming of the movie. I still own this tape and a videocassette player on which to view it.

The movie is based on L. Frank Baum's book of the same title, the first of many books in the "Oz" series. Elizabeth Letts' book is a fictionalized account of the life of Maud Baum, widow of the author. The story alternates between 1939 and Maud's involvement in the filming of the movie and her relationship with Judy Garland, and her life in the late 1800s - growing up, meeting and marrying Frank, and raising a family with him. A dreamer with a vivid imagination L. Frank Baum wasn't exactly the person suffragist Matilda Gage had in mind to marry her daughter. Maud was one of the early co-eds accepted to Cornell University and Matilda had great plans for her. But the elder Gage also knew she had raised a daughter who would make up her own mind, and that she wasn't going to be browbeat by her mother into a decision not her own. The Baums moved a number of times as Frank chased jobs and financial opportunities. Maud always made the best of whatever life had in store for them. They never could have imagined the success they found when Frank's first "Oz" book was published.

There are several passages describing Maud's time at Cornell, including some in which she utilized the Sage library, a place she knew she could find quiet and solitude.

I was especially intrigued by the two passages regarding censorship of feminist materials. Matilda Gage was a force to be reckoned with and not one to let censorship prevent her from sharing knowledge and information. On the eve of Maud's marriage she lets her daughter in on the secret to limiting family size - information found in a booklet entitled A Woman's Companion - a book "outlawed" by Anthony Comstock "the United States postal director and...vehement anti-suffragist". The booklet advised soaking a sponge in carbolic acid and "push[ing] it all the way to the mouth of the womb" in order to prevent pregnancy. More about Anthony Comstock and his war on contraception can be found here.

As Matilda Gage nears her death she tells her daughter how she'd like her fortune distributed, a fortune that is not as big as she'd hoped. As her own book Woman, Church and State had been "banned from libraries" she did not "earn as much as [she] should have." I expect she would be happy to know that her book is now freely available online for anyone who wishes to read it.

As is often the case with historical fiction the reader wonders which parts are true and what is imagined. Letts helps with this in the Afterword, explaining how she did her research, and where she took artistic licence. One thing we learn is that women in Hollywood (and elsewhere) have been enduring sexual harassment since long before "me too" was a hashtag.

Posted by YearofBooks at 6:07 AM