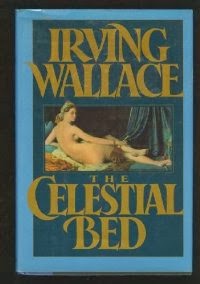 Ultimately, Hunter sees the error of his ways (once he experiences a successful coupling with Edwards), and refuses to cooperate with the DA, and of course, is rewarded with the real job at the newspaper he always dreamed of. A true fairy tale ending in which good sex conquers all.
Posted by YearofBooks at 8:15 AM